Peralta against Aumada in rematch on Friday in Buenos Aires 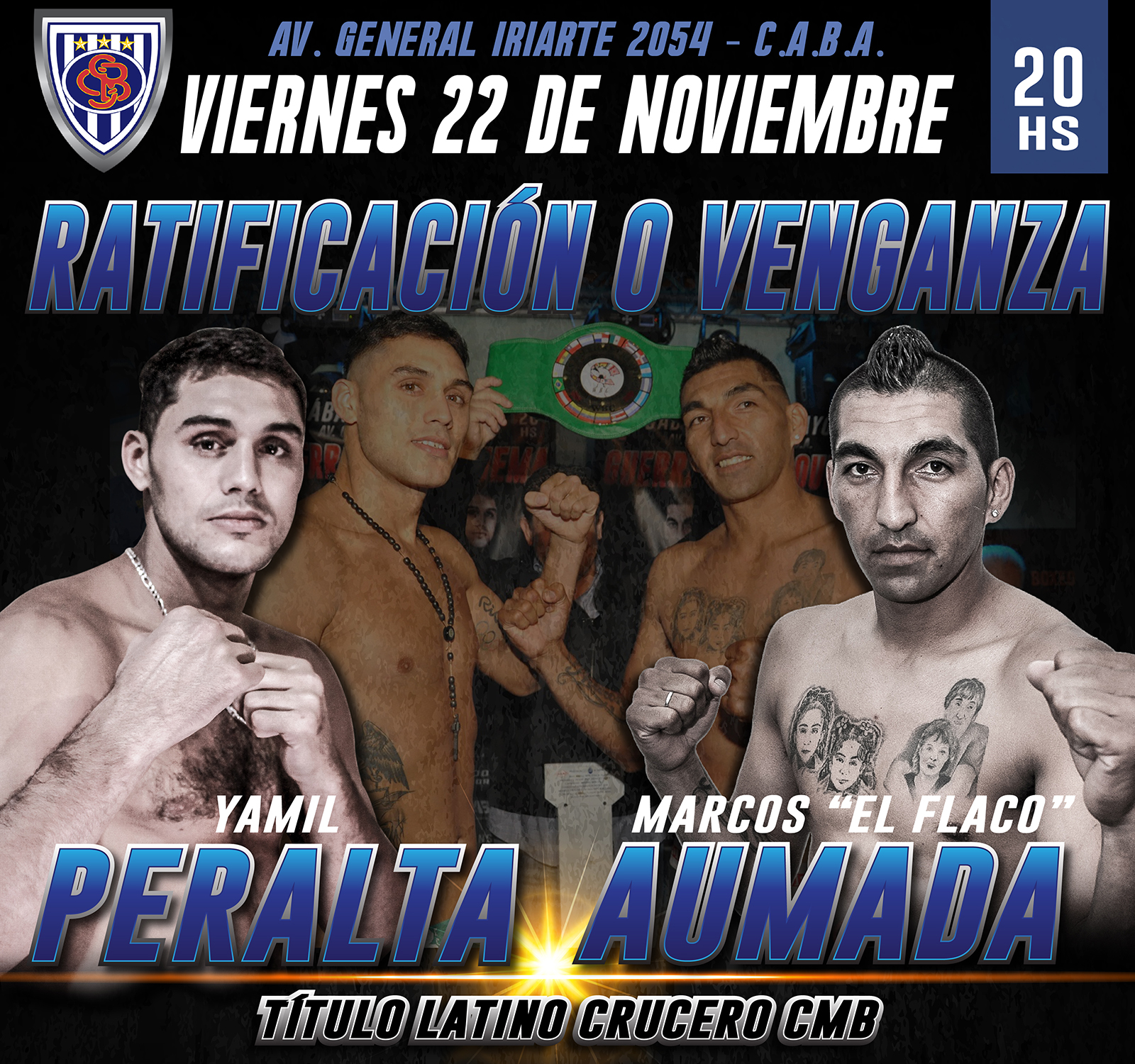 World Boxing Council (WBC) Latino cruiserweight champion, two-time olympian and unbeaten prospect Yamil Peralta, will face former Latino champion Marcos “El Flaco” Aumada, trying to defend for the first time his crown, in a highly expect rematch, at the main event of an exciting boxing night this Friday night at the Club Sportivo Barracas, in Buenos Aires, Argentina, promoted by Argentina Boxing Promotions, of Mario Margossian, which will be televised live on TyC Sports at 11 pm., for Argentina and the whole American continent.

They know each other very well. On May 11th, Peralta (4-0, 1 KO), 28 years old, from Del Viso, Buenos Aires, Argentinean representative in London 2012 -where he reached quarter finals- and Rio de Janeiro 2016, #1 of the Argentinean cruiserweight ranking and #32 WBC, dominated Aumada (21-7, 16 KOs), 32, from San Luis, #4 of the Argentinean cruiserweight lists, by unanimous decision and dethroned him of this same belt in Buenos Aires.

Now, Peralta -with a large amateur experience all over the world-, who comes after beating Esteban López by a wide unanimous decision on September 7th, and is considered to be one of Argentina’s most talented prospects, will put on the line the same title Aumada had obtained knocking out Pablo Farías in the fifth round on August 2018, and defended over Nahuel Martínez in one round and Carlos Nascimento in four, and who awaits his revenge.