South American and World Boxing Council (WBC) Latino cruiserweight champion, two-time olympian and unbeaten Argentinian prospect Yamil Peralta, destroyed Argentinian cruiserweight monarch, Darío Balmaceda, by a strong knock out in the sixth round, and dethroned him of the national crown, at a highly awaited rematch, at the main event of an exciting boxing night on Friday, March 12th, at the Parque de la Ciudad, in Cutral Có, Neuquén, Argentina, promoted by Argentina Boxing Promotions, of Mario Margossian.

Boxing with intelligence and ferocity, Peralta (9-0, 4 KOs), from Del Viso, Buenos Aires, Argentinian representative in London 2012 -where he reached quarter finals- and Rio de Janeiro 2016, #1 of the Argentinian cruiserweight ranking and #19 WBC, took out once again Balmaceda (19-20-2, 13 KOs), 36, from Coronel Moldes, Córdoba, repeting the result of February 1st, 2020, when he scored a strong technical knock out in the ninth round, and dethroned him from the South American belt. This time, the 29 year-old prospect dominated his opponent the first five rounds, even schooled him, until the sixth, where he crushed him harshly sending him to the canvas twice, to conquer his new belt.

Using all his skills, Peralta outboxed Balmaced during five chapters with his accurate left jabs and right crosses to the head. Making good use of his fast footwork, he made Balmaceda fail every attempt, and connected us much as he wanted. Confortable, he added harsh uppercuts and hooks to he body. And in the sixth, he unleashed a barrage of right and left crosses to the head, to send him down heavily hurt. Without letting him recover, he went on hin and connected a vicious right to the temple, to send Balmaceda down again, forcing referee Gerardo Poggi complete te ten count at 1′:29″.

With this result, Peralta, who weighed 199.9 lbs., who defeated twice Marcos Aumada for the WBC Latino belt, after destroying Balmaceda the first time, defended two times his South American crown dominating Marcos Karalitzky and Gustavo Schmitt, and adds a new title. Balmaceda, 196.8 lbs., lost the belt he earned on April 20th, 2019, when he crushed Pablo Farías in the sixth chapter, in the unification bout with the South American crown.

In an action packed fight, Rojas, 25, from Cutral Có, #5 of the Argentinian super featherweight ranking, recovered of a difficult stard, that had Leiva, 26, from Mar del Plata, dominating the first three rounds. In the fourth, he sent him down with a harsh right hook to the ribs. After that, the bout became an explosive batle. Both fighters exchanged fire in the short dintance, were “Chiva” made slightly better use of his grater power. Although “El Distinto” always responded and the path was even, in the end Rojas was able to connect the most powerful blows, and got crowend in front of his people. 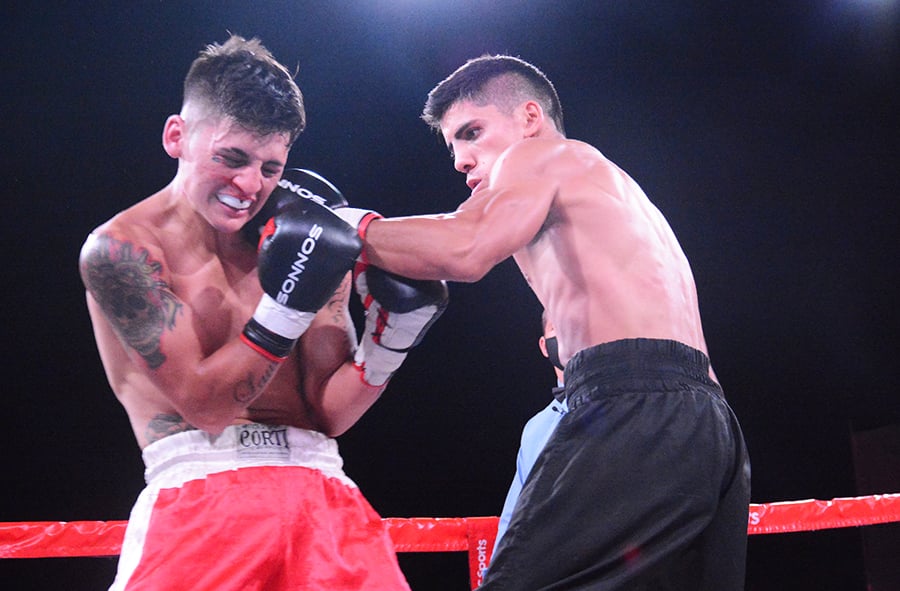