In a fine exhibition of his skills, Melián, 31 years old, from Villa Dolores, Córdoba, based in Buenos Aires, Argentinian representative in London 2012 and Rio de Janeiro 2016, former Argentinian and NABA super bantamweight champion, and current # 2 of the Argentinean featherweight ranking, displayed from the first bell his superiority, against Molina, who has battled in the USA against two Olympic medalists and current world champions and had never been stopped, but now was unable to do anything, and was forced to throw the towel at the beginning of the ninth round.

With a fast footwork and blows extremely accurate blows, “Impacto” tormented his opponent in every possible way. Aggressive, sharp and in a wonderful shape, he always took the initiative, and drilled his defense in the middle and short distance with powerful barrages of left jabs and right crosses, swings and uppercuts to the head, combined with heavy hooks to the body. As rounds went by, Melián’s combinations grew harder and harder. His continuous work in the short distance was exceptionally precise and crushed the brave “Titi” with deep uppercuts and crosses to the jaw, making his nose bleed profusely. The differences shown were huge. “Impacto” was giving a boxing class. The nonstop punishment was too much. That’s why with the bell to the ninth round Molina’s corner threw the towel, causing his first knockout loss, and making referee Mario González stop the actions, and generating Melián’s celebration after another great performance.

With this result, Melián, who weighed 125.8 lbs., who after beating every opponent in his country, including conquering the national belt in his second fight crushing Julián Aristule, moved to the US where he defeated Mexican Edgar Ortega -for the NABA belt-, American Isaac Zárate, before losing to Mexican Leonardo Báez, then recovered stopping Mexican Juan Kantun and lost to Colombian Oscar Negrete, but came after his return to Argentinian rings on December 11th when he dominated Martín Rocha by unanimous decision, moves on to 8 victories (5 KOs) and 2 losses. Molina, 126 lbs., who battled in the US against two Olympic medalists and current undeafeated fighters such us Irish Michael Conlan and Uzbek world champion Murodjon Akhmadaliev, reaching the decision -since he had never been stopped-, and came after a unanimous decision victory over Santiago Perotti, remains in 8 victories (2 KOs), 6 defeats and 1 draw.

Making good use of his speed, footwork and punch accuracy, Andino, 25 years old, from Florida, Buenos Aires, # 5 of the Argentinean junior welterweight ranking, outboxed Aquino, 32, from Paraná, Entre Ríos, during most part of the fight. “El Elegante” dominated from the long, middle and short distance connecting his left jabs, and right crosses to the head. As rounds went by, differences shown on the ring grew bigger, and built a fair victory, dispite one of the scorecards. 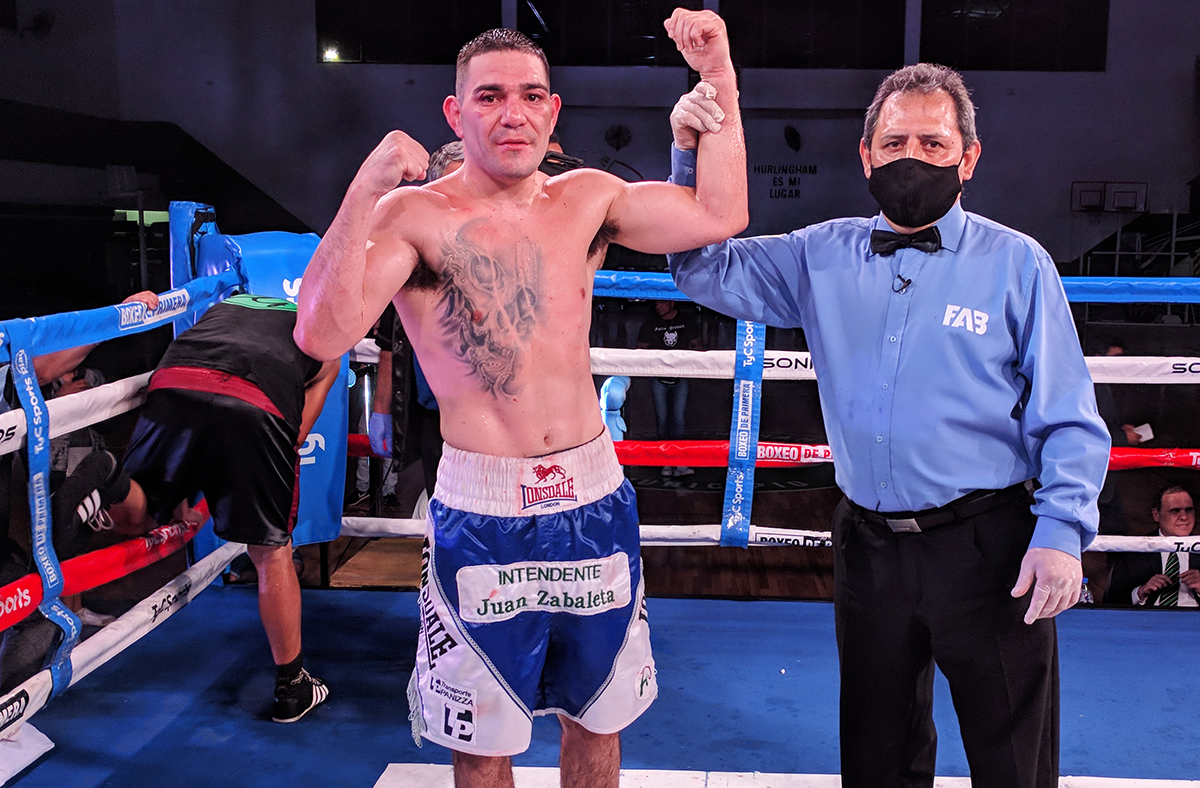