In the co main event of the evening, Argentinian lightweight champion, Yamila Abellaneda, will face Karen Alaniz, trying to defend for the first time her belt.

This will be the fifth event of the awaited return of boxing on Argentinian soil since the irruption of the Coronavirus COVID-19 pandemic, and will be in charge of the same company that promoted the first four shows of the return, on October 30th and November 13th and 28th, in Luis Guillón, and December 11th in Garín, Buenos Aires, as well as the last boxing show in the country pre pandemic, on March 13th in Buenos Aires. After months of hard and silent work the sport has its long-expected resumption, in another show behind closed doors for the public, with the strictest security controls following the health protocols issued by national and municipal health authorities, as well as the Argentinian Boxing Federation.

On Friday afternoon, all of the participants were tested for the Coronavirus COVID-19, in a strict control that took place at the Argentinian Boxing Federation, and all of the results turned out negative, leaving everyone ready to fight. After that, it was time for the weigh in ceremony.

In what is expected to be an action packed fight, López (16-0-1, 1 KO), 25 years old, from Junín, Buenos Aies, will look to shine again. After defeating every opponent in the country including Colombian Luna Torroba, countrywomen Alejandra Ríos, Débora Gómez -twice-, and Natalia Alderete, she will try to defend for the first time the title she conquered on December 20th, 2019, when she dominated Venezuelan Niorkis Carreño by a wide unanimous decision at this same venue. Now she will face Granadino (5-0-2), 22, from Mar del Plata, but based in Claypole, Buenos Aires, current # 11 of the World Boxing Association (WBA) junior flyweight world ranking, who after beating countrywomen Tamara Demarco and Anyelén Espinosa, on September 7th, 2019, he defeated again Demarco by majority decision and obtained the Argentinian junior flyweight title in Lanús, Buenos Aires, and will aim for her best victory.

Both fighters made the weight on the scales, leaving everything ready for their bout. López weighed 110.8 lbs., and Granadino weighed 108.6 lbs.

Abellaneda, 26, from Pocitos, San Juan, based in Buenos Aires, who has only lost against big names such us Brazilians Rosa Volante, Adriana Dos Santos, Canadian Marie Eve Dicaire and Swedish Patricia Berghult, defeated countrywomen Alejandra Reynoso and Sofía Rodríguez -twice-, will try to defend for the first time the title she conquered on February 21st, when she dominated Pamela Benavidez by a wide unanimous decision in Buenos Aires. Now she will face Alaniz, 27, from Godoy Cruz, Mendoza, # 1 of the Argentinean junior lightweight ranking, who has beaten countrywoman Gloria Yancaqueo, only losing to Macarena Ledesma and Uruguayan Maira Moneo, and comes after crushing Alejandra Reynoso in one round on November 29th, 2019, in Mendoza.

Beyond the main fights, a heated card has been prepared to complete the night. Undefeated prospect Emmanuel “GES” Schramm (7-0-1, 5 KOs), from Moreno, Buenos Aires, will face Mariano Maidana (5-2-3-1 nc, 1 KO), from Córdoba,, in a bout in welterweight division, scheduled to six rounds. 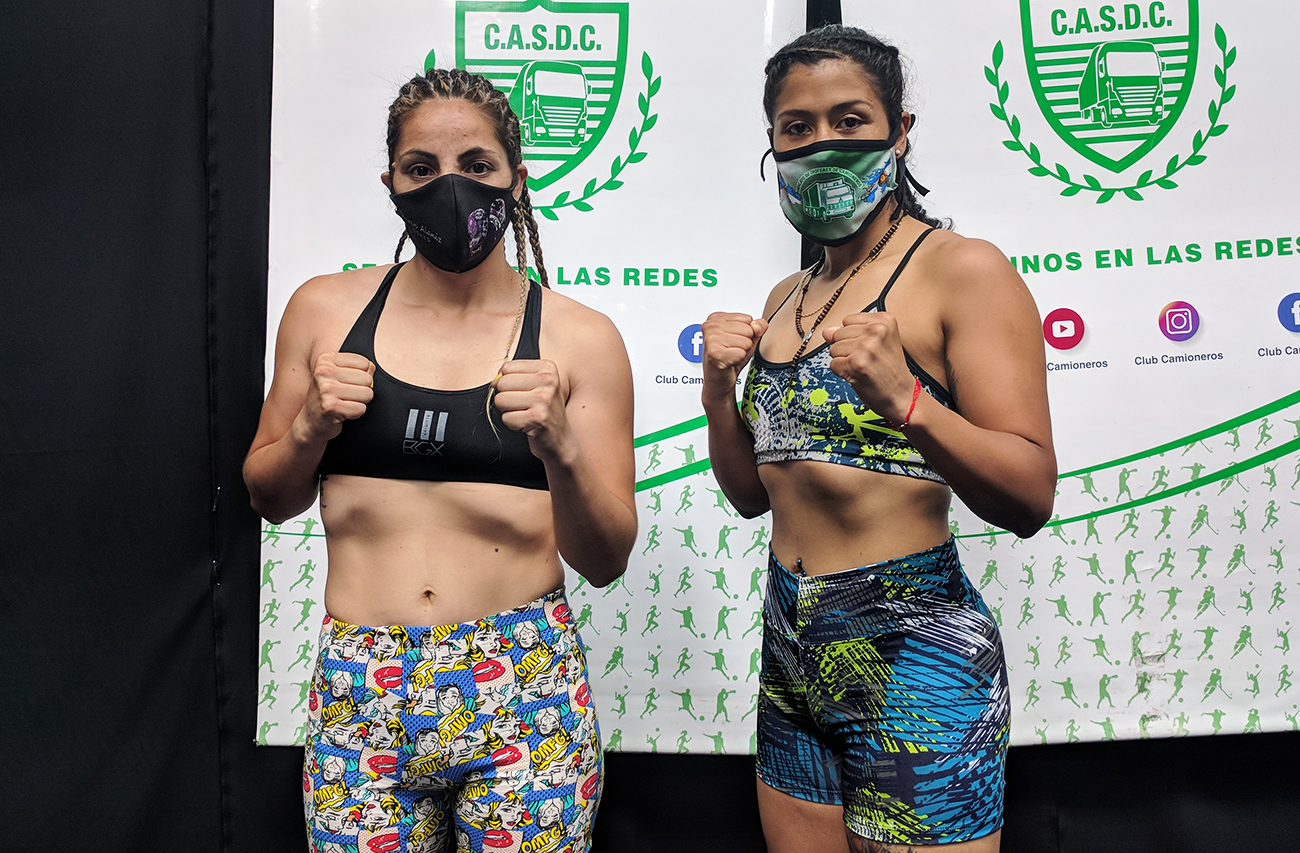 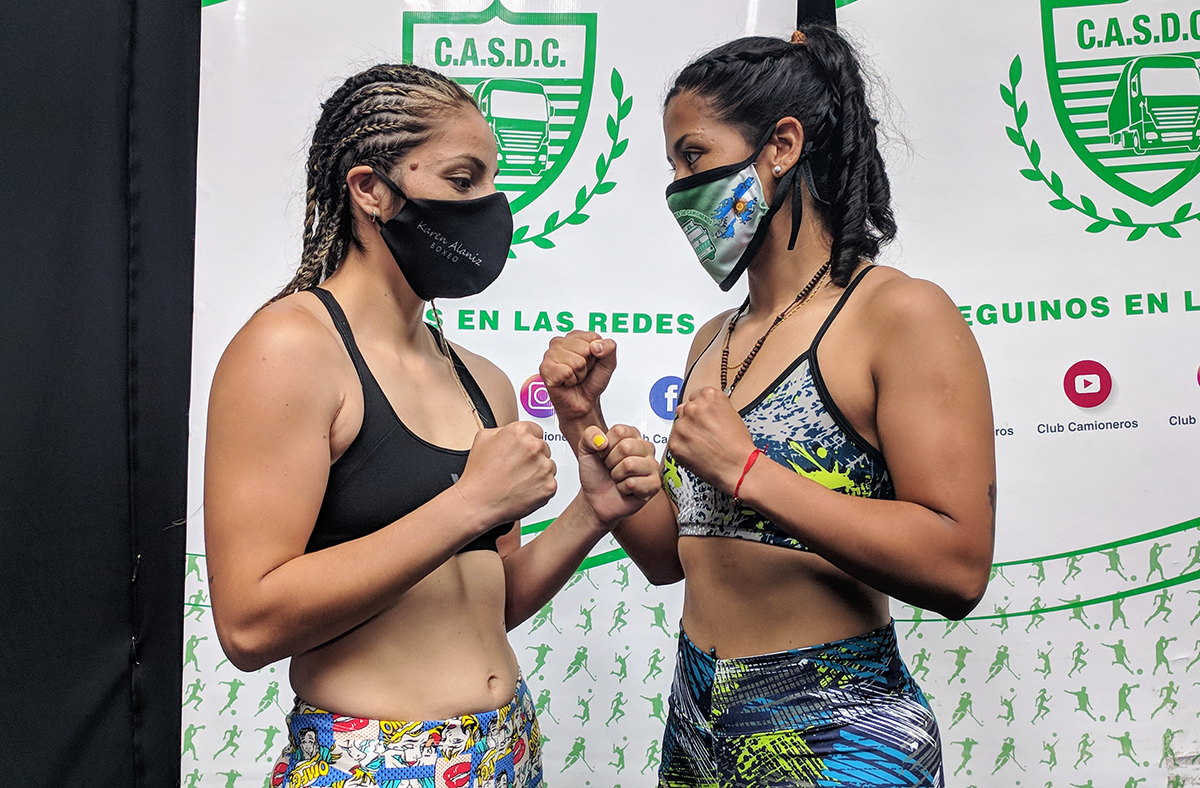 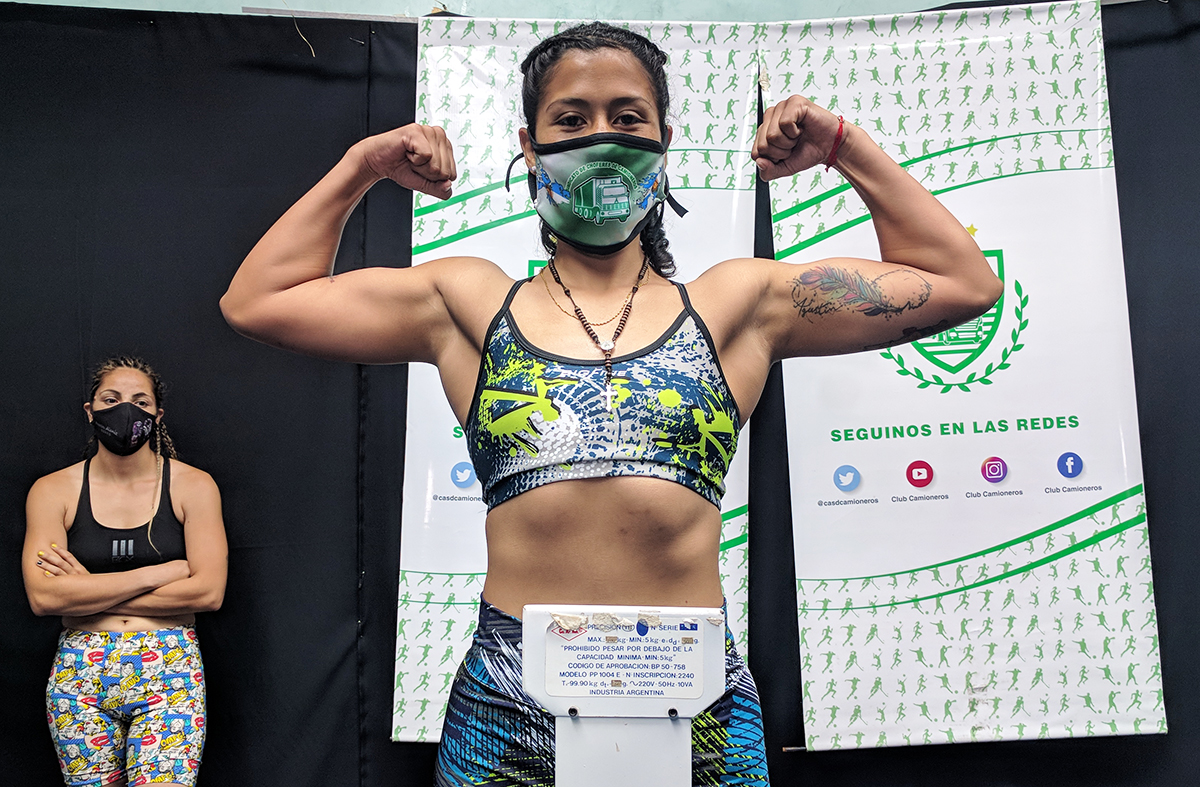 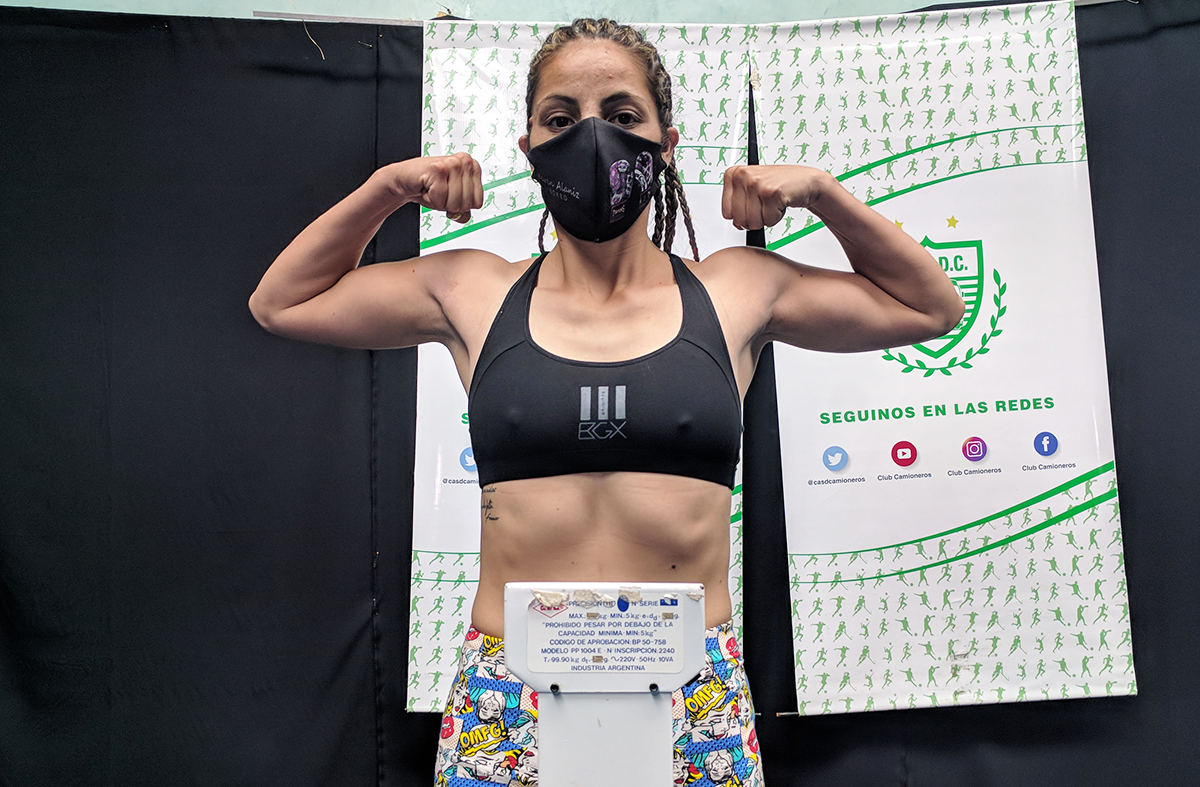 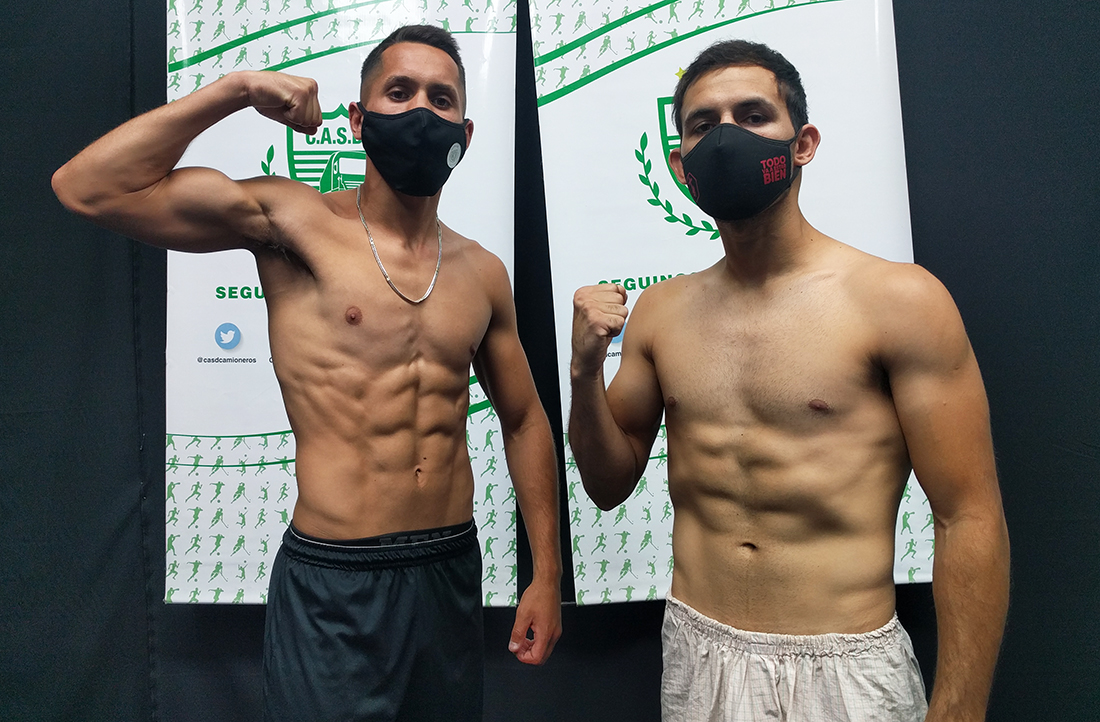