Rising prospect Nicolás “El Titán” De León crushed Argentinian and South American lightweight champion, previously undefeated prospect José “Chinito” Acevedo, by knock out in the sixth round, and dethroned him of the Argentinian crown, at the main event of an exciting boxing night on Friday, February 26th, at the Microestadio Municipal de Hurlingham, in Hurlingham, Buenos Aires, Argentina, promoted by Argentina Boxing Promotions, of Mario Margossian.

In an action packed fight, De León, 25 years old, from Junín, Buenos Aires, # 5 of the Argentinean lightweight ranking, stuggled at first and then overcame convincingly Acevedo, 26, from Añatuya, Santiago del Estero, based in San Francisco, Córdoba, former World Boxing Council (WBC) Latino Silver super lightweight champion, who did not put on the line his South American title, and lost the Argentinian in his third defense. After a better start by “Chinito”, who connected his left and right crosses to the head, combined with hooks to the body in the first three rounds, the challenger was able to make the path even. From the fourth round onwards, he discharged his deep hooks to the ribs and cross to the jaw. In a highly competitive fight, his better shape started making the difference. And in the sixth chapter, “El Titán” went all over the champion and took him to the ropes were he unleashed a strong barrage of two crosses to the cheeks followed by his powerful hooks to the waist, with which he sent Acevedo to the canvas, forcing referee Lucas Katalinich reach the ten count that generated the celebration of the new monarch.

With this result, De León, who weighed 134.7 lbs., who had won his last eight bouts, beating names like Jonathan Sosa -twice-, and Paraguayan Javier Cabrera Vázquez, and came after December 6th, 2019, when he destroyed previoulsy unbeaten Federico Coronel in one chapter, conquers his first belt and moves on to 13 victories (4 KOs) and 3 losses. Acevedo, 134.9 lbs., who after beating every fighter only with a draw against Facundo Arce, had knocked out his last six opponents, including Miguel Acosta, lost the national title he conquered on April 27th, 2019, when he dethroned Javier Clavero stopping him in the ninth round, and retained drilling Saúl Huenchul in the seventh and Matías Montesino in the second, fight in which he also obtained the South American crown, on December 7th, 2019, and remains in 13 victories (8 KOs), 1 defeat and 1 draw.

In the co main event of the evening, WBA Fedebol light heavyweight champion, Hernán “El Picante” Pérez (171 lbs. and 7-3, 3 KOs), took out former Argentinian and Latino champion, experienced Walter “El Yacaré” Sequeira (174.8 lbs. and 23-8, 15 KOs), by knock out in the eighth round, and conquered the South American light heavyweight vacant title, after recovering of a knock down in the fourth and generating a stading count in the eight to his opponent who was unable to continue due to an injury.

Pérez, 31 years old, from José Mármol, Buenos Aires, #6 of the Argentinian super middleweight ranking, had to overcome a difficult start to suprass Sequeira, 33, from Mercedes, Buenos Aires, #5 of the Argentinian light heavyweight lists, former Argentinian and Latino monarch. With an intense rhythm, “El Yacaré” controlled widely the first six rounds of the fight. With a fast footwork, he connected strong combinations of left and right crosses to the face, and hooks to the body. Even more, in the fourth chapter, he sent Pérez down with a harsh combo of right and left cross to the cheeks. But when he was finishing the sixth round, he got a strong cramp in his right leg -calf muscle- and was almost unable to move. “El Picante” took advantage of it and in the seventh and eight chapters punished him with crosses to the face, until the referee Víctor Sánchez initiated a standing count to Sequeira, who went down and was unable to continue.

Beyond the main fights, a heated card completed the night. In welterweight division, undefeated prospect Emmanuel “GES” Schramm (147 lbs. and 9-0-1, 6 KOs), from Moreno, Buenos Aires, destroyed Matías Díaz (146.8 lbs. and 8-6-1, 1 KO), from Lobos, Buenos Aires, by a strong technical knock out in the second round, after sending him down harshly to the canvas with a powerful right cross to the jaw. 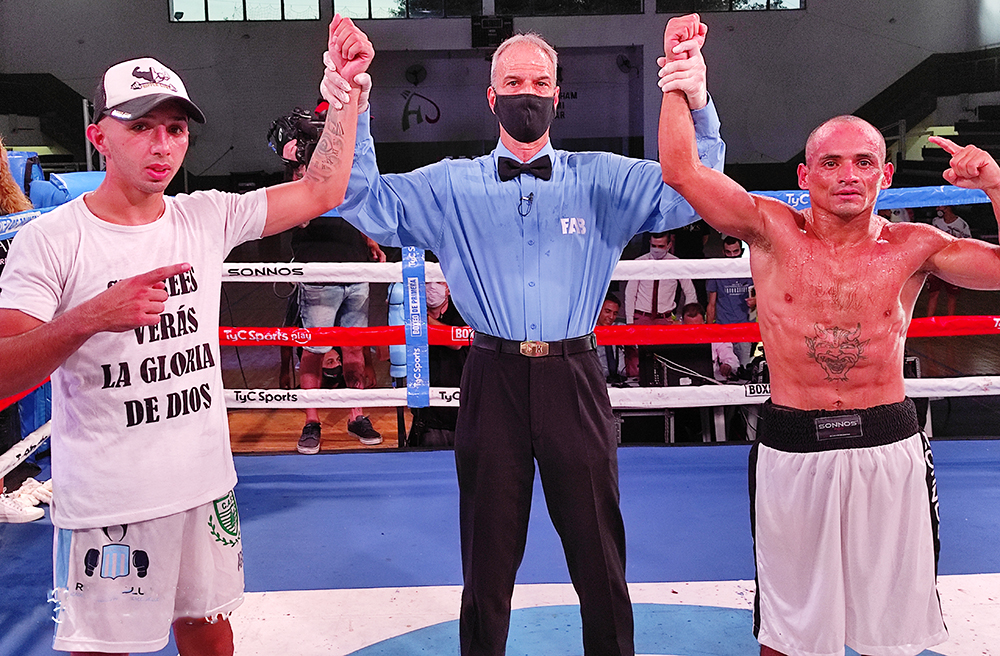 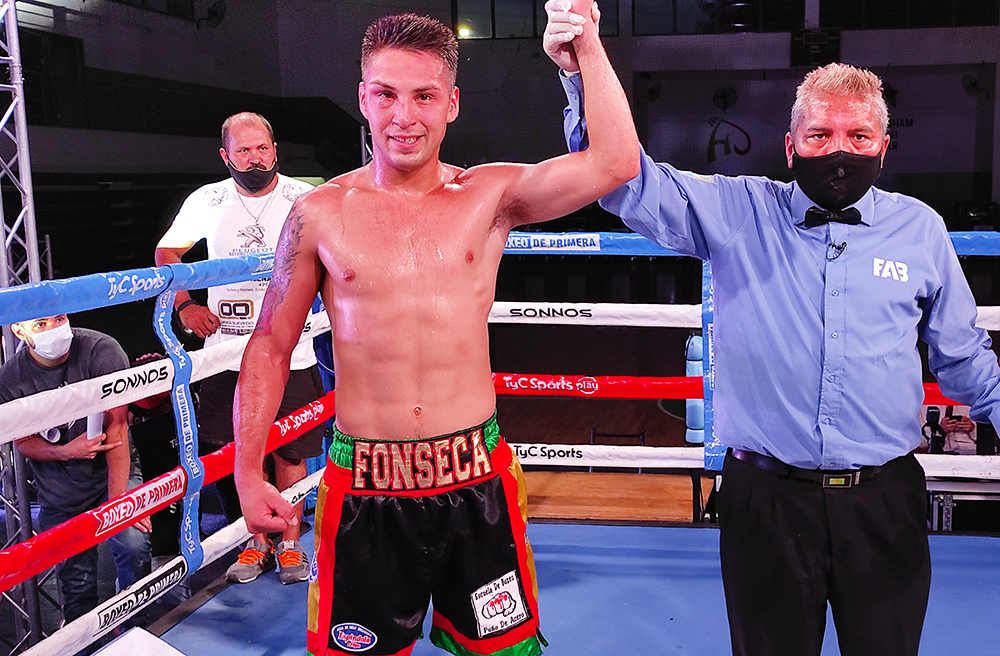