Bastida and Villalobos on weight for great show

In what is expected to be an action-packed fight, Bastida (16-1, 9 KOs), 24 years old, from Mar del Plata, Buenos Aires, #1 of the Argentinean middleweight ranking, will look to shine again. After defeating every opponent in his country -only losing after a cut- including Sergio Paysse, Cristian Zárate, Dominican Félix Vargas, and Ezequiel Romero, he will try to defend for the third time the title he conquered after annihilating Gonzalo Chaparro in less than one round on January 11th, 2020, in Mar del Plata, and after dominating Marcelo Bzowski, defended devastating Sergio López in one round, and Germán Peralta in three, on January 16th, in Hurlingham, Buenos Aires. Now he will face Villalobos (13-6-2, 8 KOs), 27, from Córdoba, # 6 of the Argentinean junior middleweight ranking, who defeated Sebastián Luján among others, fought abroad to big names such as Polish Patryk Szymanski and Kamil Szeremeta, Russian Khuseyn Baysangurov, and Kazak Sadriddin Akhmedov. On his last appearance, on November 27th, he stopped Juan Figueroa in four rounds and he’s ready to take the belt.

Both fighters made the weight on the scales, leaving everything ready for their bout. Bastida weighed 156.3 lbs., and Villalobos weighed 159.6 lbs.

Beyond the main fight, a heated card has been prepared to complete the night. Awarded and former world title champion Débora “La Gurisa” Dionicius (30-2, 6 KOs) will face Gloria “La India” Yancaqueo (7-11-3, 2 KOs), in a bout in super bantamweight division, scheduled to six rounds.

Dionicius, 33, from Villaguay, Entre Ríos, has achieved the record of thirteen defenses of the International Boxing Federation (IBF) super flyweight title. After beating the best in the world, both in Argentina and Europe, she moved up in weight and comes after dominating Aixa Adema to obtain her Argentinian bantamweight belt on March 13th, 2020. Now, she takes on Yancaqueo, 33, from Santa Rosa, La Pampa, former South American featherweight challenger, who will go for her most outstanding victory. 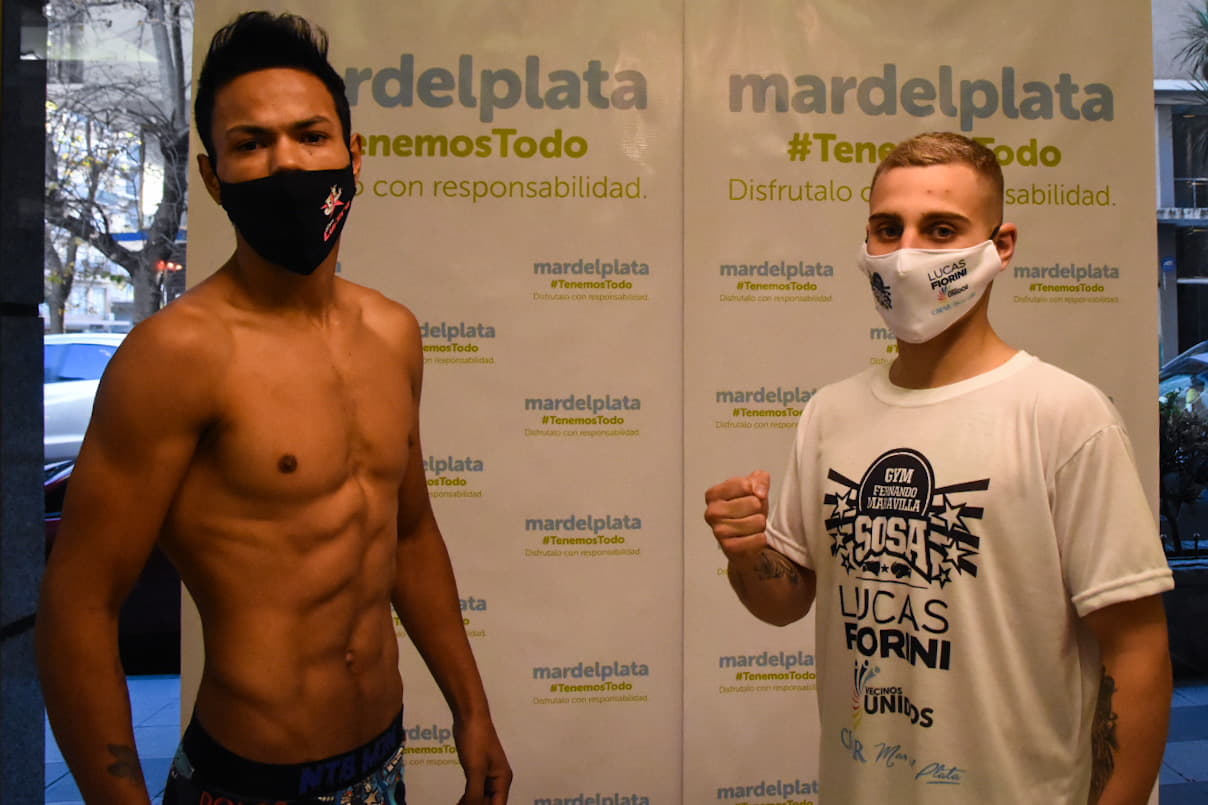