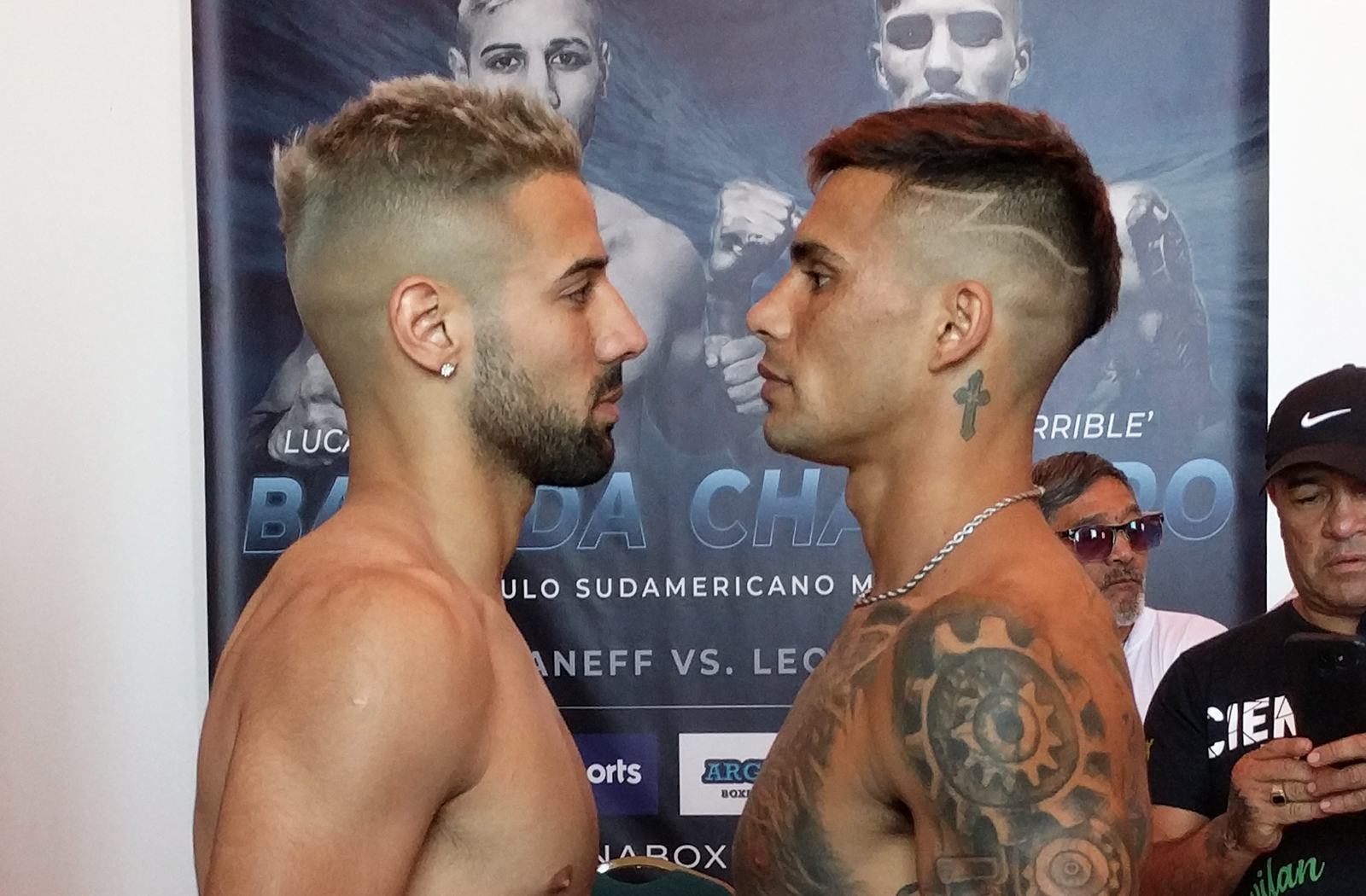 In what is expected to be an action packed fight, Bastida (12-1, 6 KOs), 22 years old, from Mar del Plata, # 3 of the Argentinean junior middleweight ranking, considered one of Argentina’s biggest prospects, who has already defeated Nicolás Verón twice, Sergio Paysse, Cristian Zárate, comes after two consecutive victories in less than one round, crushing Dominican Félix Vargas and ending on last October 25th when he destroyed Ezequiel Romero in Buenos Aires, ready to secure the crown. Now he will clash against Chaparro (9-4-1, 5 KOs), 29, from Charata, Chaco, who has beaten the previously undefeated José Castillo, Juan Leal, has a draw with Alejandro Silva, lost against Luis Verón and Diego Ramírez, and comes after defeating Sergio Carabajal by unanimous decision on November 15th in Charata, also to obtain his first belt.

On Friday afternoon, both fighters made the weight on the scales, leaving everything ready for their bout. Bastida weighed 154.3 lbs., and Chaparro weighed 154.5 lbs. 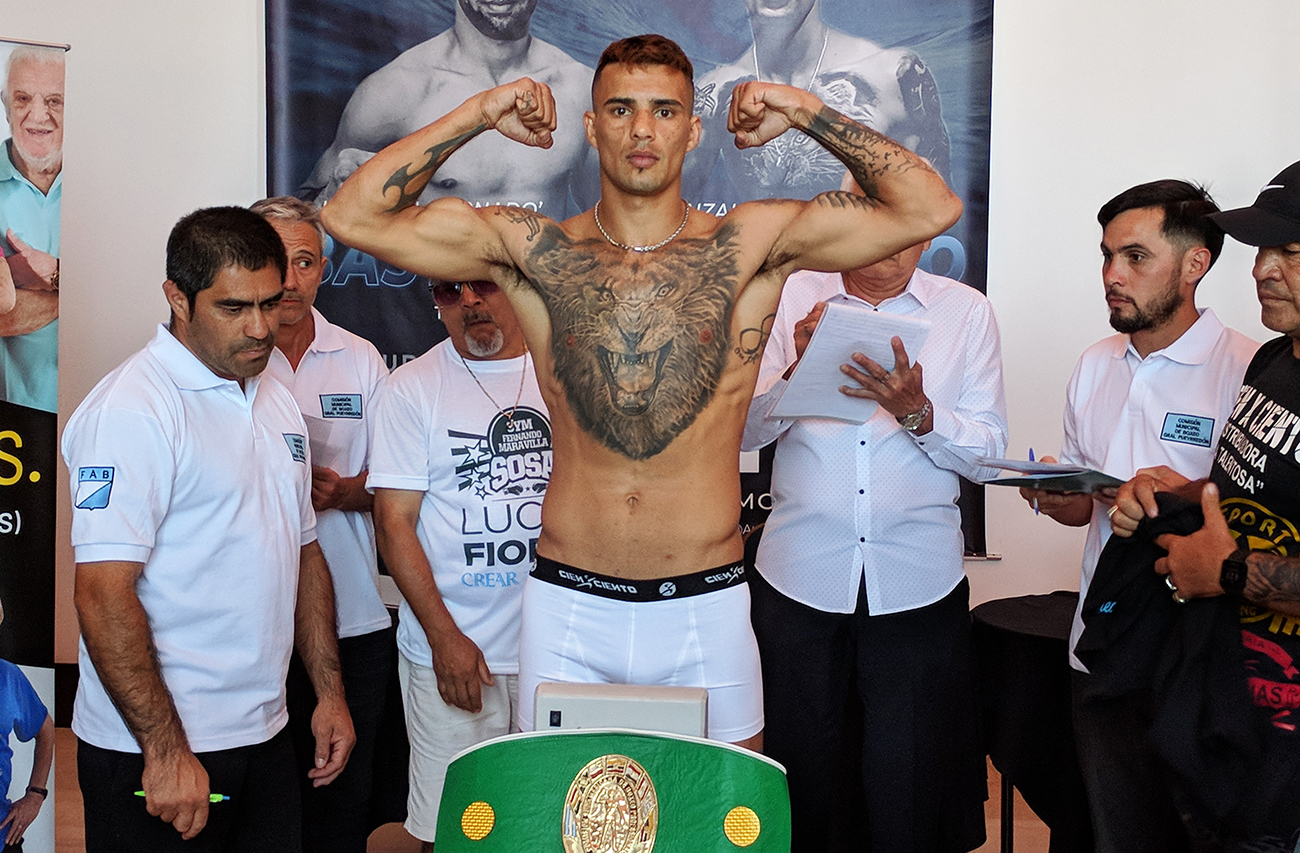 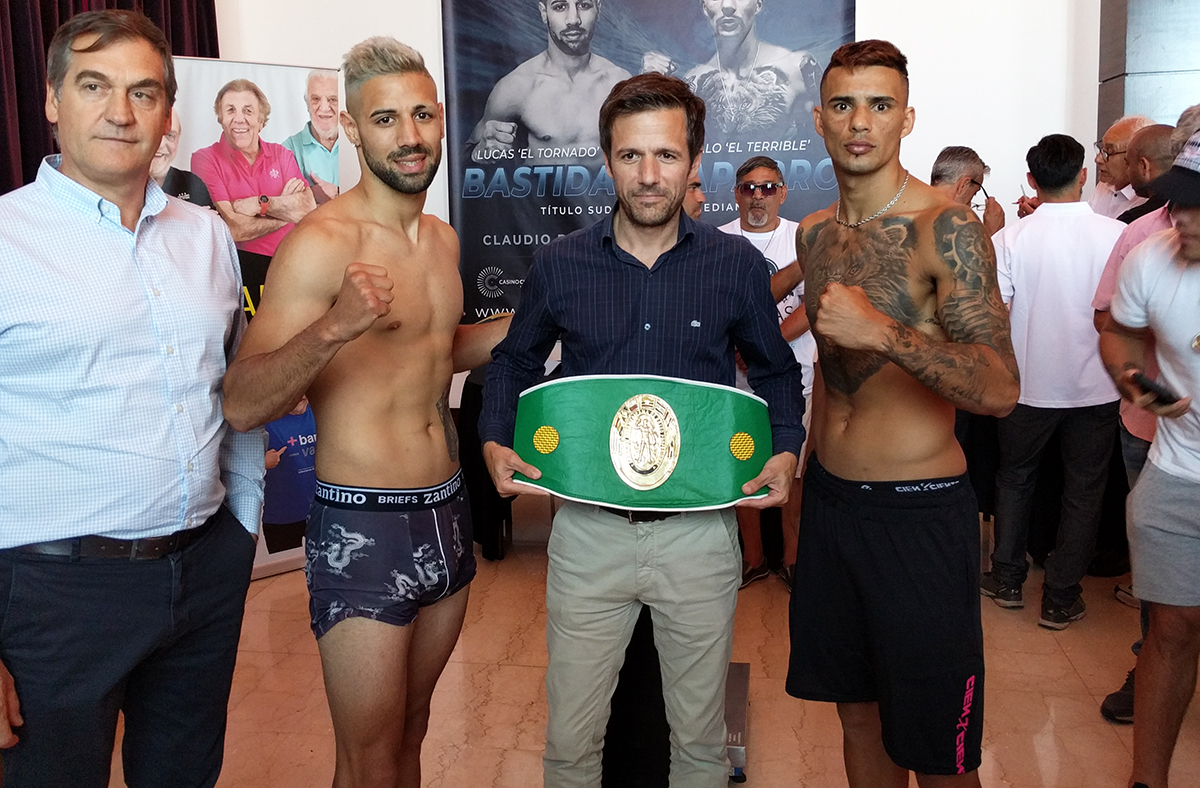 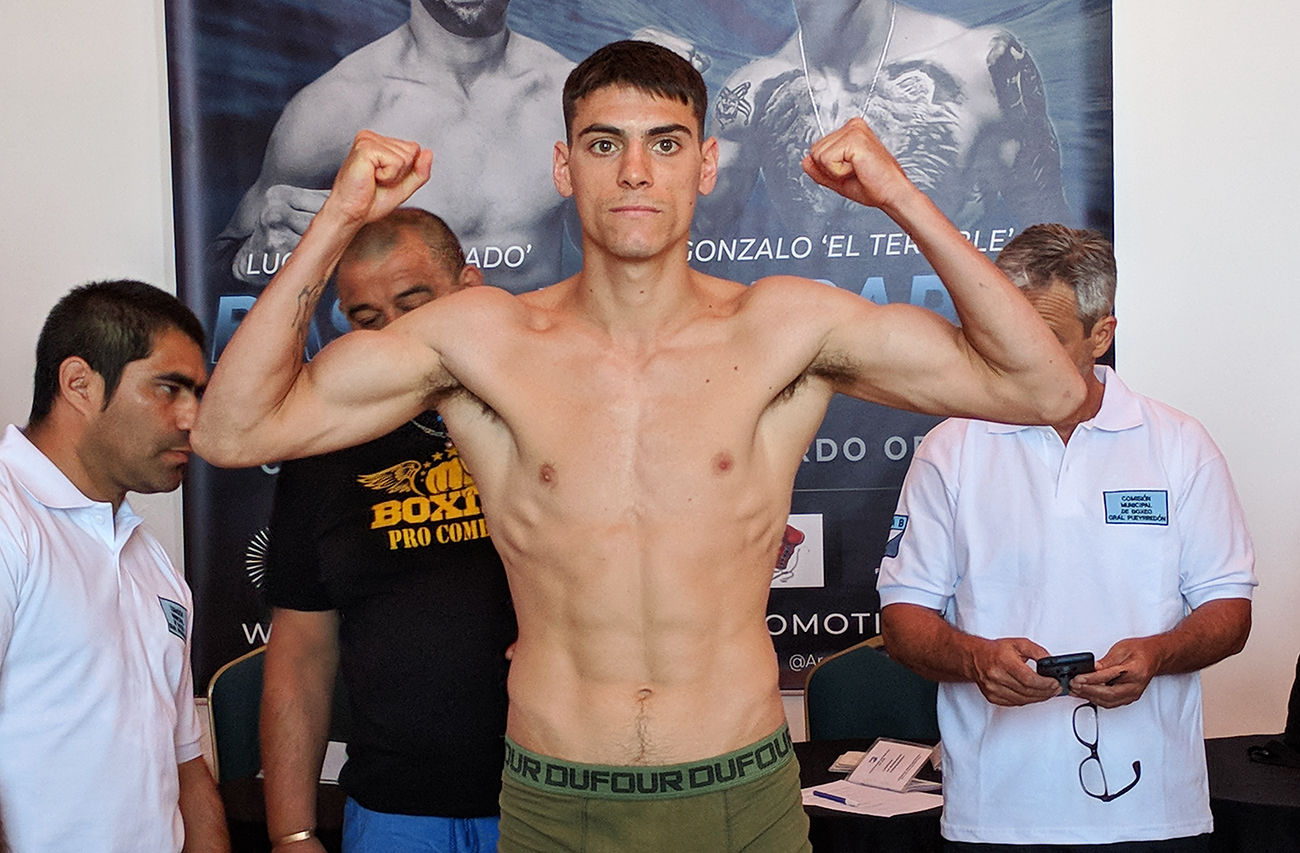