In a attractive clash between to skillful fighters, Andino (16-1, 2 KOs), from Villa Caraza, Buenos Aires, # 5 of the Argentinian super lightweight ranking, took quick control of the bout and dominated widely Antín (19-7, 9 KOs), 27, from Trelew, Chubut, # 10 of the Argentinian super lightweight ranking and former World Boxing Council (WBC) Latino super featherweight champion, who was unable to do anything about it.

With fast movements, a correct footwork and accuracy in his blows, the 25-year-old controlled every single action of the fight. With intelligence, he made his opponent fail almost every attempt and counterpunched with heavy crosses and uppercuts to the head. Even more, in the fifth round he punished Antín from one corner to the other and discharged a barrage of right and left crosses, swings and uppercuts to the jaw, that put him in serious damage. In the following chapters, the differences grew bigger and bigger. “El Elegante”, a natural 140 pounder, even managed to get good points making a fine use of his left jab, followed by right crosses. So when the final bell was heard, he celebrated anticipating his first belt.

The scorecard expressed the difference shown on the ring, as they were announced: Carlos Villegas 100-90, Ángel Gorreri 100-90, and Alejandro Bokser 100-90.

With this result, Andino, who weighed 147.04 lbs., and had beaten important names such us Claudio Daneff, Antonio Santillán, Diego Tejerina, Marcelo Mesa and Julio Ruiz, only losing against Daniel Córdoba for the Argentinian belt, and came after dominating Andrés Tejada and Daniel Aquino, conquers his first title. Antín, 147.8 lbs., will look for another chance in the future.

In the co main event of the evening, in super flyweight division, Abel “El Pumita” Silva (112.6 lbs. and 7-6-3, 4 KOs), from Chaco, destroyed Santiago Prado (112.9 lbs. and 3-6-1, 1 KO), from Córdoba, by a strong technical knockout in the fourth round, after sending him down in the second and forcing him to receive a standing count in the fourth, before his corner threw the towel. 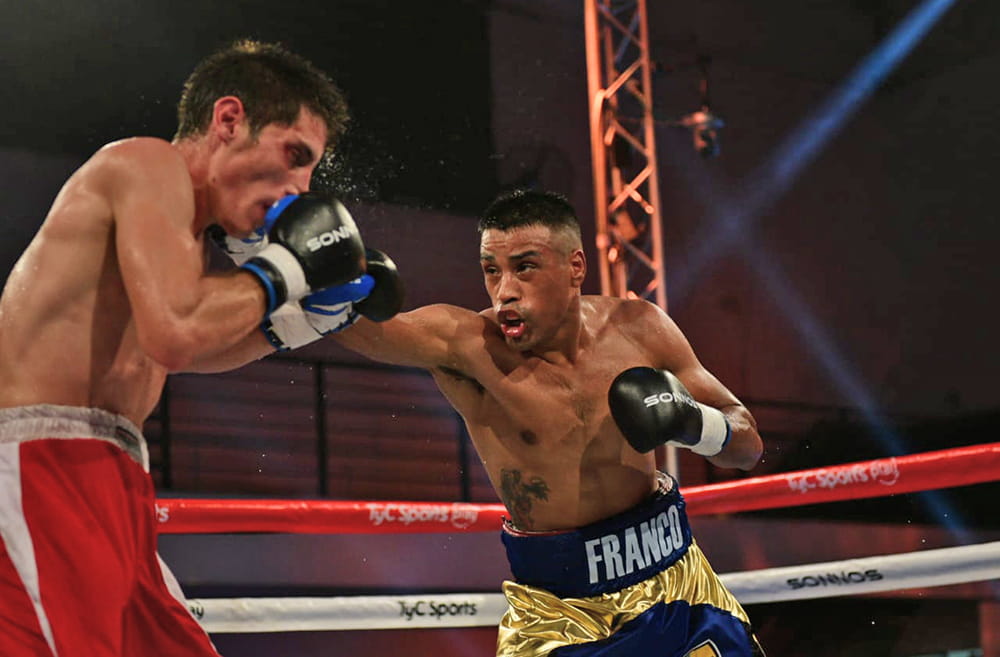