Anahí López shined over Carreño and conquered the world title

With her fine skills and her fast movements, talented López, 24 years old, from Junín, Buenos Aires, current # 4 of the International Boxing Federation (IBF) flyweight ranking, # 8 of the World Boxing Associaction (WBA) and # 18 of the World Boxing Council (WBC), dominated from bell to bell Carreño, 21, from Caracas, former WBC World challenger, who was unable to do anything about it. Always in control, “La Indiecita” set the path of the fight from the mid and short distance, landing and hard barrages of fast jabs, crosses and uppercuts to the head with which she frustrated “La Bachaca”. Even in the sixth round, López conected a precise right cross to the jaw and sent Carreño to the canvas, where she received the count of referee Rodolfo Stella. After that, the advantages grew bigger and bigger. Confortable, and even shining, the ubeaten star outboxed the Venezuelan challenger and landed as much as she wanted, in a bout in which the skills, speed and precision were the key. That is why the final bell generated the celebration of the crowd who packed the venue and gave a standing ovation to her new champion.

The scorecard expressed the difference shown on the ring, as they were announced: Edgardo Codutti 98-91, Héctor Miguel 100-89, and Mirta Jara 100-89, all in favour of López.

With this result, López, who weighed 111.7 lbs., who on last July 12th, dominated for the second time Débora Gómez by a wide unanimous decision and obtained the Argentinean and South American crowns, and came after shining on October 25th, over Natalia Alderete by another wide unanimous call in Buenos Aires, moves on to 16 victories (1 KO) and 1 draw. Carreño, 111.2 lbs., who after challenging unbeaten German Tina Rupprecht losing on the cards for the WBC World minimum title on December 2018 in Bayern, Germany, had won ten fights in a row, ending on November 9th, when she stopped Carmen Rosas in the fourth round, remains in 19 victories (14 KOs) and 2 losses.

In the co main event, in welterweight division, Emmanuel “GES” Schramm (146.8 lbs. and 5-0-1, 4 KOs), from Moreno, Buenos Aires, destroyed Ezequiel Mansilla (146.1 lbs. and 2-3, 1 KO), from Comodoro Rivadavia, Chubut, by a strong technical knock out in the first round, after sending him down with a right cross to the jaw, making referee René Godoy stop the fight.

Also, in a rematch in cruiserweight division, Gustavo “El Volcán” Schmitt (193.6 lbs. and 5-10-1, 1 KO), from Florencio Varela, Buenos Aires, stopped Nicolás “Pupi” Argañaraz (193 lbs. and 8-3, 2 KOs), from González Catán, Buenos Aires, by technical knock out in the sixth round, and got his revenge after last April 20th, when Argañaraz won by unanimous decision after six chapters in Luis Guillón.

In junior lightweight division, Miguel Izequilla Cabrera (128.4 lbs. and 1-1), from Morón, Buenos Aires, surprised Alexis “Picante” Broggi (129.8 lbs. and 2-1), from Bragado, Buenos Aires, by unanimous decision after four rounds, and after Broggi was deducted one point in the third by referee Lucas Katalinich. The scorecard were: Carlos Azzinnaro 40-35½, Héctor Miguel 40-36, and Alejandro Bokser 39-36.

Finally, in featherweight division, Maximiliano Maidana (123.7 lbs. and 2-0, 1 KO), from Buenos Aires, took out Simón Giuliano (126 lbs. and 0-3), from Las Flores, Buenos Aires, by a strong technical knock out in the second round, after sending him down and when the ref Adrián Ayunta was counting the corner threw the towel. 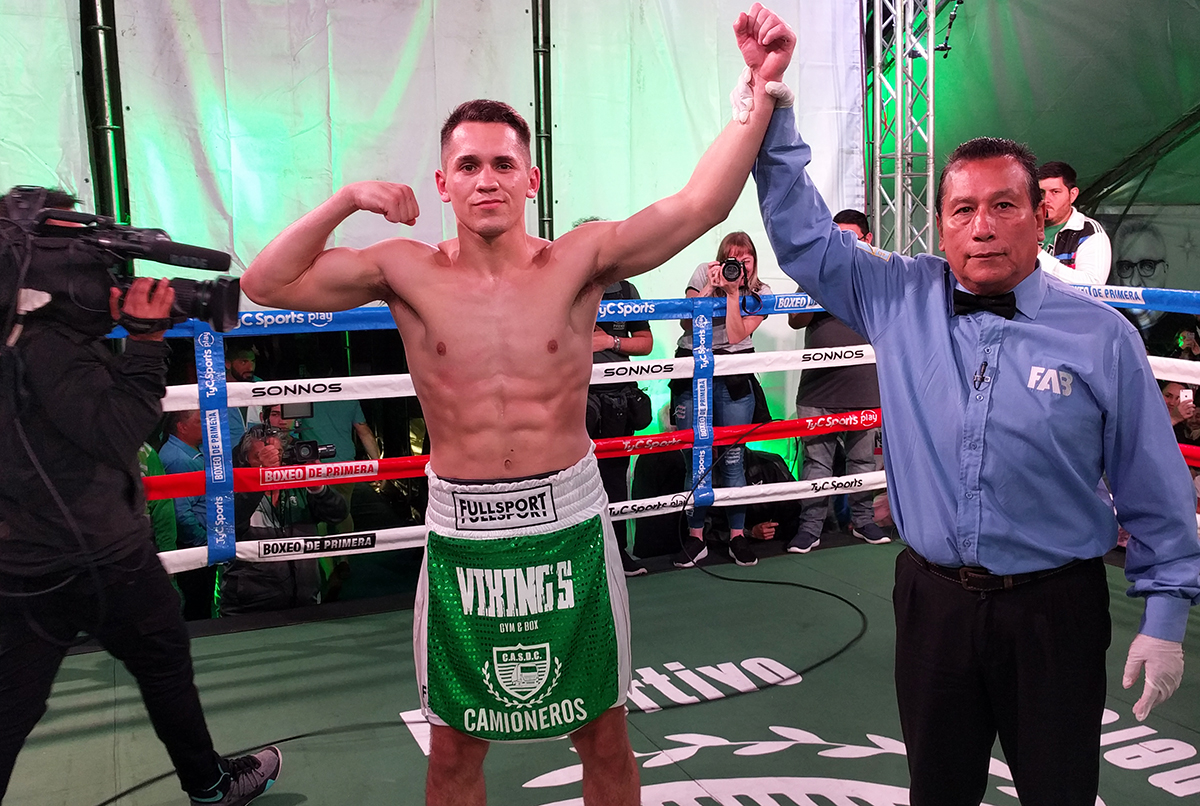 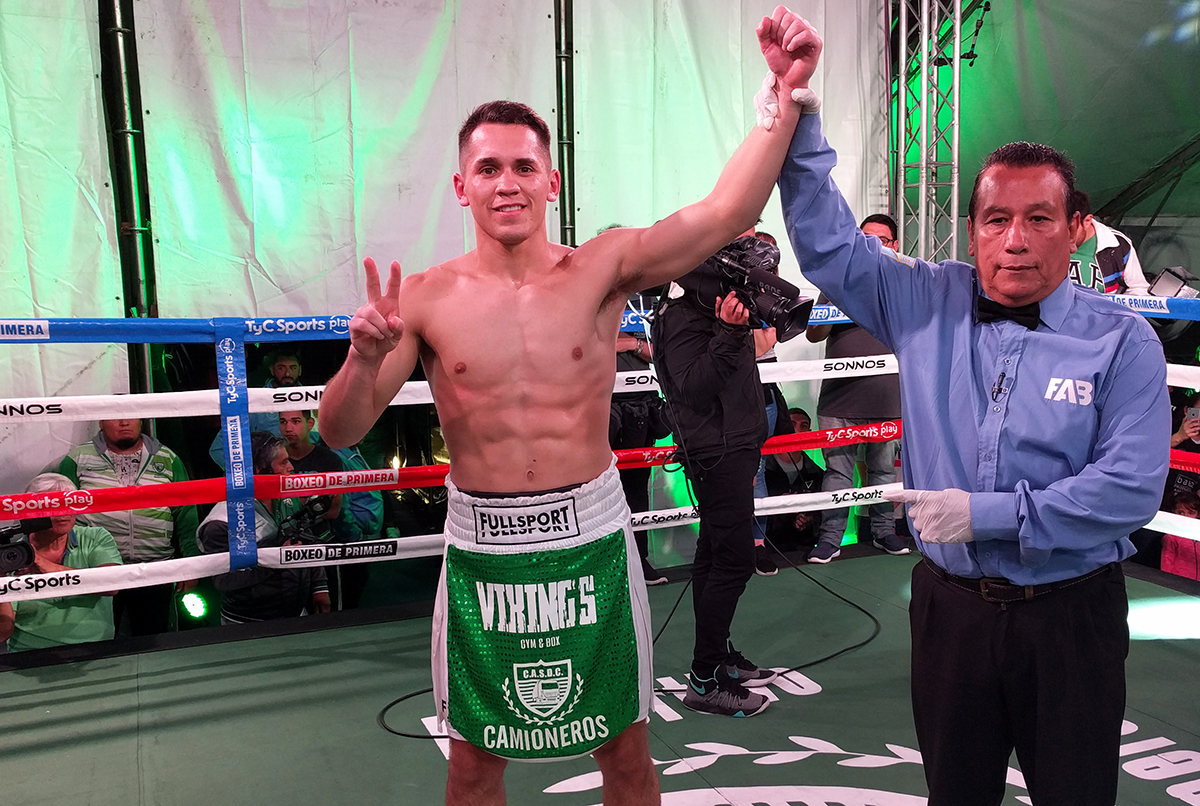